Home | News and Current Matters | Issues and positions | Viewpoint | The summer of 2020 will be all about biking! (first part)

The summer of 2020 will be all about biking! (first part) 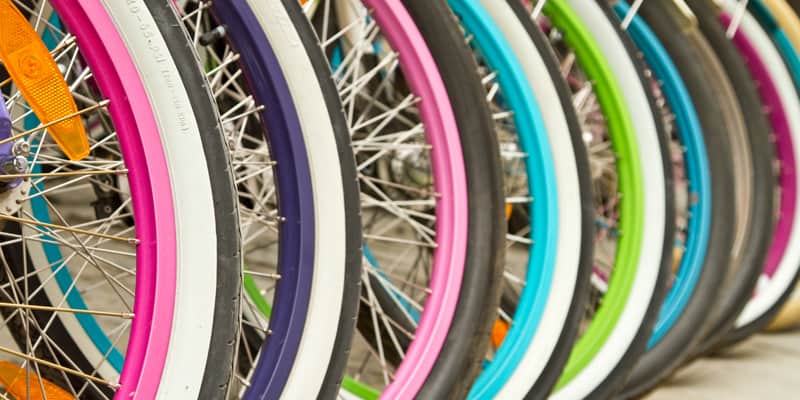 According to several European media sources, biking is increasingly becoming a deconfinement tool these days. Desperate times call for desperate measures! While this mode of transportation has often been overlooked as a concrete solution for personal travel, the current pandemic is highlighting the virtues of biking that we have always known.

It’s a fact that crises have the power to accelerate change. Biking was adopted overwhelmingly by Parisians in the fall of 1995, because the public transit strike forced them to find another way of getting around. As a result, Paris has become a biking hub and is constantly promoting initiatives for giving cyclists more visibility. Three decades ago when the city was virtually bankrupt, Berlin adopted an ambitious biking plan that proved less costly than public transit and ultimately very efficient. The same goes for Copenhagen and Amsterdam, which for various reasons, adopted biking in response to the critical lack of low-cost transportation.

Over the coming months, public transit users will be reluctant to share confined spaces with strangers for fear of infection. So what type of transportation will urban dwellers favour? Cars? If so, imagine the resulting congestion in city centers. We certainly don’t want to regress 50 years to the automobile era, especially in the midst of the current climate crisis.

After this slowdown, how do we participate in the recovery and imagine tomorrow? ? Since we have to start working and commuting again, we we must take advantage of the momentum of this crisis to adopt biking for getting around the city. In addition to being efficient, the bicycle allows for social distancing and uses few resources, which is very useful in times of crisis and post-crisis. It is obvious that our streets have never been so deserted, which causes us to wonder why these vast spaces are reserved solely for cars and trucks, while we crowd onto sidewalks. Have you noticed the number of children biking in the street? A hopeful sign and a positive aspect of the current situation.

Cities that act quickly could profit from this crisis to propose another urban development model focusing more on cyclists and pedestrians. Enlarged sidewalks, velorues, pedestrian streets, elimination of parking lanes to promote cyclist and pedestrian circulation – in short, development based on tactical urbanism. Let’s adopt this approach for the coming months and we’ll see who wants to return to the city of yesterday.

Do I seem utopian? When I think of the Danish who implemented a biking plan in the 80s, in a country with 3 hours of light in mid-winter, they were surely widely ridiculed. But today, look at the results: nearly half of travel in Copenhagen is by bike and no one is complaining.

Since we can’t bike in the Tour de l’Île or any other cycling event in Québec this year, let’s hope that cities everywhere give greater priority to cyclists and pedestrians and, in their own way, help create the city of tomorrow.

Quebecers’ passion for biking in 2020 is not attributable solely to the pandemic, but also to their desire to engage in an athletic, practical activity that brings them closer to nature and is good for their health and that...

In less than two weeks, Québec’s finance minister will deliver his budget speech. How will the environmental message of Quebecers be heard? How will this budget help transform good intentions into concrete actions? We are...