Route Verte and Bicycle Touring, Events and Travel, The History of Cycling

Grand Tour Desjardins: a Turning Point in the Evolution of Bike Touring in Québec

The creation of the Grand Tour Desjardins in 1994 now seems like a turning point in the phenomenal evolution of bike touring in Québec over the past quarter century. Inspired by the Great Victorian Bike Ride in Australia, launched in 1984, and Cycle Oregon in the U.S., in 1988, the first Grand Tour hoped to get 1,000 people biking on our roads for one week.

For the Vélo Québec team, this project involved its share of challenges, both logistic — How to feed 1,000 people? Where they can sleep and wash? — and of course marketing — Would that many people be prepared to bike 90 to 140 km daily knowing that their main accommodation was a campground?

The response was amazing! No fewer than 1,150 places were snapped up within five weeks and on the morning of August 6, 1994, the happy procession left Montréal, stopping over successively in Joliette, Trois-Rivières, Québec City, Victoriaville, Thetford Mines and Tracy, before returning to Parc La Fontaine on August 13 for the inauguration of Maison des cyclistes.

Among the participants, two thirds of whom were riding mountain bikes, the Sainte-Marie couple and their children Anne-Sophie, aged 4, and Thomas-Alexandre, aged 7, quickly became the darlings of the tour. They were even applauded after completing the Trois-Rivières–Québec leg in eleven hours, since Thomas-Alexandre had biked 130 km!

The weather cooperated, with only one downpour on the last day at 4 p.m., and everything went off without a hitch. Biking enthusiast and journalist Pierre Foglia, who regularly covered the Tour de France, penned a daily column in La Presse as he pedalled in the event, describing this bike holiday in his own inimitable style: “Two thirds of the participants are out of shape. Half are riding on wimpy bikes. But they go the limit. What limit? Only they know that. Their own personal limit. […] The Grand Tour confirms what I have suspected for some time. Adventure lies within. Thanks Suzanne.”

With the success of the first Grand Tour, Vélo Québec wanted to promote the development of bike touring and launched a travel agency in 1995, which soon became a benchmark in its field. This was followed, in 1996, with the creation of the Eastern Townships Tour, which twice attracted some 800 participants, as well as the ever-popular Petite Aventure, a family-oriented summer event bringing together about 1,600 cyclists, a third of whom under the age of 18.

The Grand Tour enlisted Desjardins as a sponsor in 2011 and now attracts between 1,400 and 1,800 participants who, year after year, cycle along the roads of Québec, with occasional forays into Ontario, New Brunswick, Vermont and New York. The 2017 edition will take place from August 5 to 11 in the beautiful region of Chaudière-Appalaches. 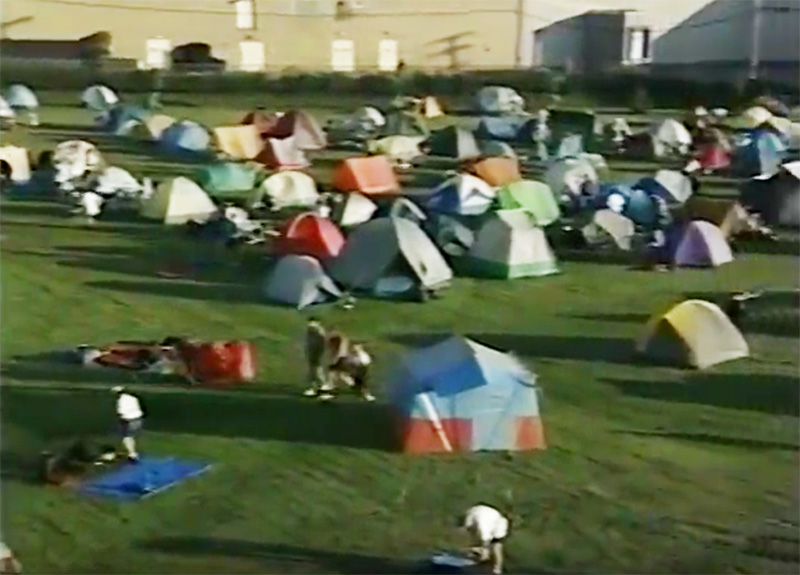 In addition to marking a turning point in the evolution of bike touring, the Grand Tour Desjardins contributed to the democratization of the road bike in Québec, resulting in the creation of numerous cycling events of one day or more and the increased presence of this type of bike in stores. And mountain bikes are back where they belong!

Similar posts On similar topics
Viewpoint, Issues and positions, The History of Cycling
Mission to be continued

In February, after working at the organization for 35 years, 20 of which as President and CEO, I will be leaving Vélo Québec. Given the current situation of Vélo Québec, I can say with certainty that we have come a long...

Suzanne Lareau
Viewpoint, Issues and positions, Programs and Campaigns, Sustainable mobility, Cycling Infrastructure, Events and Travel
What will the new year bring us?

In addition to making the traditional New Year’s resolutions, we always like to set certain personal goals and consider what the next twelve months will bring....

Suzanne Lareau
Mountain Biking and Fat Biking, Events and Travel, The History of Cycling
Vélo Québec: Participant and Witness in the Evolution of Winter Biking

Over the decades, Vélo Québec has been a participant and witness in the amazing evolution of winter biking. While today in Montréal,10% of cyclists ride year-round and happenings like Vélo sous zéro...